Why choose a Design and Build Process?

Choosing the right construction process for a project is imperative to achieving the desired outcome. Although the design and build method of construction has been available for decades, many people are still unaware of the advantages and how it differs from the traditional design-bid-build route. In this blog, we explore the differences between each method and summarise the advantages of using design and build.

The client would employ an architect who would create a detailed tender brief specifying which products and materials to use. The brief would then be put out to tender to the construction companies.  The company appointed would then complete the work and supply everything to the architect’s specifications.

The client would not employ an architect, and would instead approach a design and build company and provide them with a much looser, less detailed specification. For instance, they may say that they’ll require a set number of meeting rooms or how many employees they have. The finer details of the project are left up to the company who would complete the work. 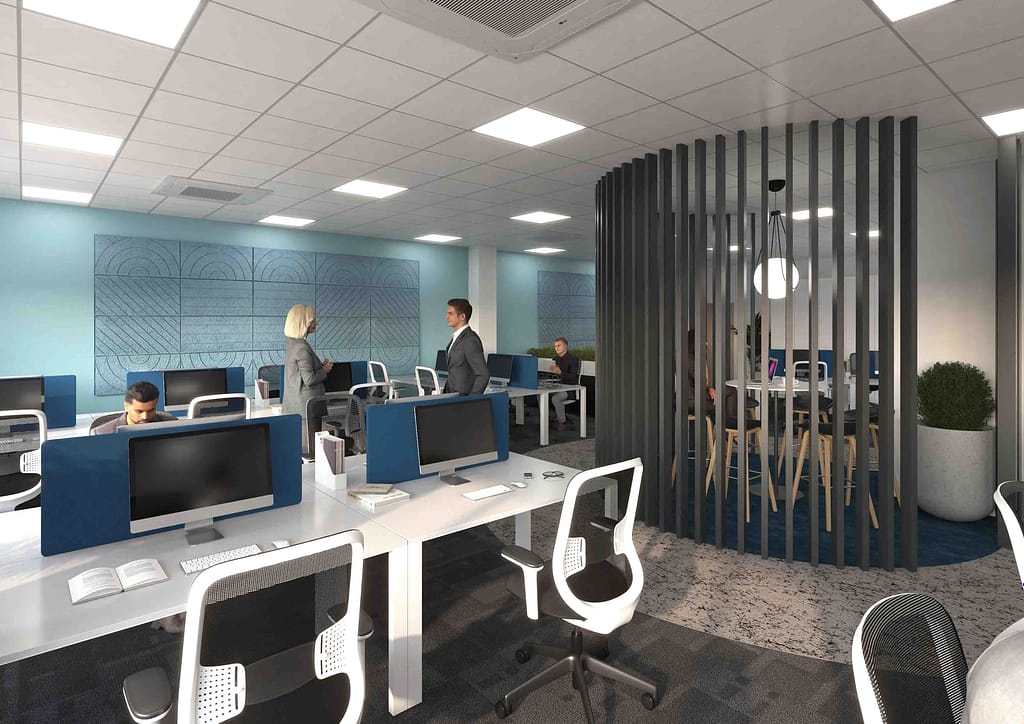 Advantanges of the Design and Build Route

1)   33% faster – on average design and build projects are completed faster than going via the traditional route due to several factors:

2)   13% cheaper – once the client has defined a budget for the project, the onus of keeping within the budget is on the design and build company, and by using suppliers who they use regularly and know are competitive, will bring the costs down.

3)   Enhanced communication – the client can liaise directly with the design and build company rather than having to go via the architect, meaning there would be less chance of information being communicated incorrectly and issues can be dealt with at an earlier stage.

Get Started with your project